12 June 2021- A flag-raising ceremony at the premises of the Consulate was held on 11 June 2021. During the ceremony, the video messages of Consul General Evelyn D. Austria-Garcia, Ambassador Ma. Theresa Dizon-de Vega and Deputy Speaker Loren Legarda were played. It was attended by the Consulate’s personnel as well as consular applicants who were present.

Serving as the highlight of its Independence Day activities this year, The Consulate produced and showed a virtual concert entitled, “Ating Kalayaan,” on 12 June 2021. The production featured MusicArtes’ classical singers and voice actors, who performed renditions highlighting the heroic spirit of Filipinos, their sense of aspiration and hope. It was combined with multi-media displays of Philippine culture, history, heritage and tourism, among others. The virtual concert also featured a piano piece of the Philippine National Anthem by Mr. Christian Joseph Dino, a Filipino music scholar in Germany.

Among the patriotic Filipino songs from different periods featured in the concert were Kayumangging Malaya, Jocelynang Baliwag, Mutya ng Pasig, and Pilipinas Kong Mahal. One of the highlights of the concert was the poetic interpretation of Andres Bonifacio’s Pag-ibig sa Tinubuang Lupa by Filipino actor Mr. John Arcilla.

In her message, the Consul General emphasized that the theme of this year’s celebration, “Diwa ng Kalayaan sa Pagkakaisa at Paghilom ng Bayan,” reminds us that freedom is something that we can achieve if we join hands together. She also underscored that “a different threat to our freedom has emerged, and that as our country and people struggle to overcome the onslaught of COVID-19 and strive to attain freedom – freedom from fear and the effects of this disease, we should overcome division and remain united so together we can continue toward the path of peace, progress and prosperity.”

As part of its pre-Independence Day activities, a virtual concert produced by the Department of Foreign Affairs was livestreamed on 11 June 2021 on the Consulate’s social media pages. The concert entitled, “Lessons for a Changed World: The Legacy of the Indigenous Peoples of the Philippines,” was a tribute to the independent spirit of our
country’s indigenous peoples. The special video production honored the traditional values that have allowed our indigenous peoples to survive, integrate with the bigger world, while remaining firmly rooted in their identities and collective memories. END 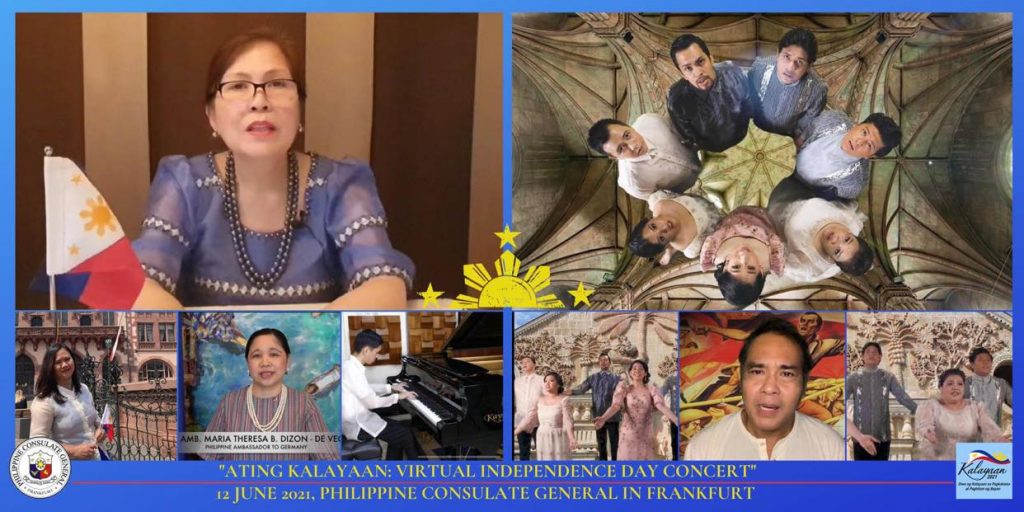 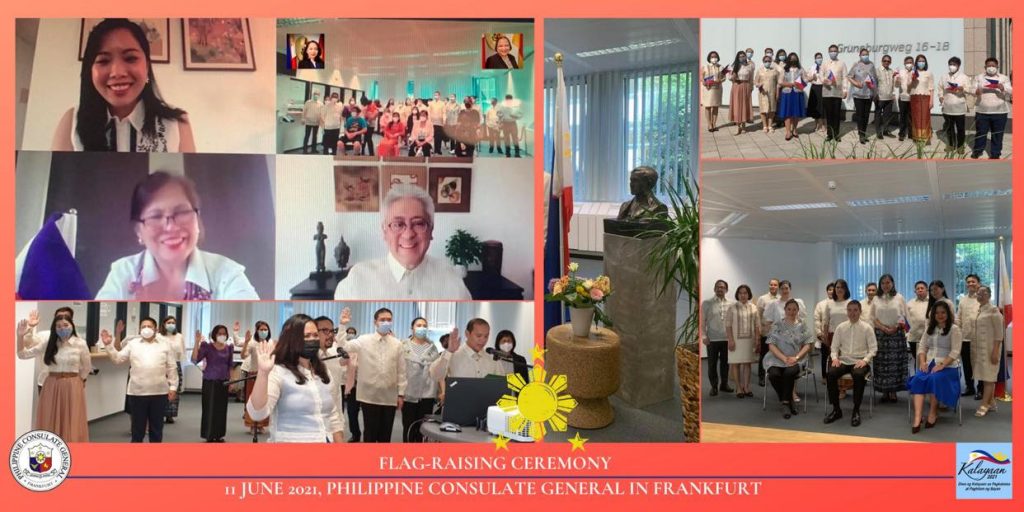 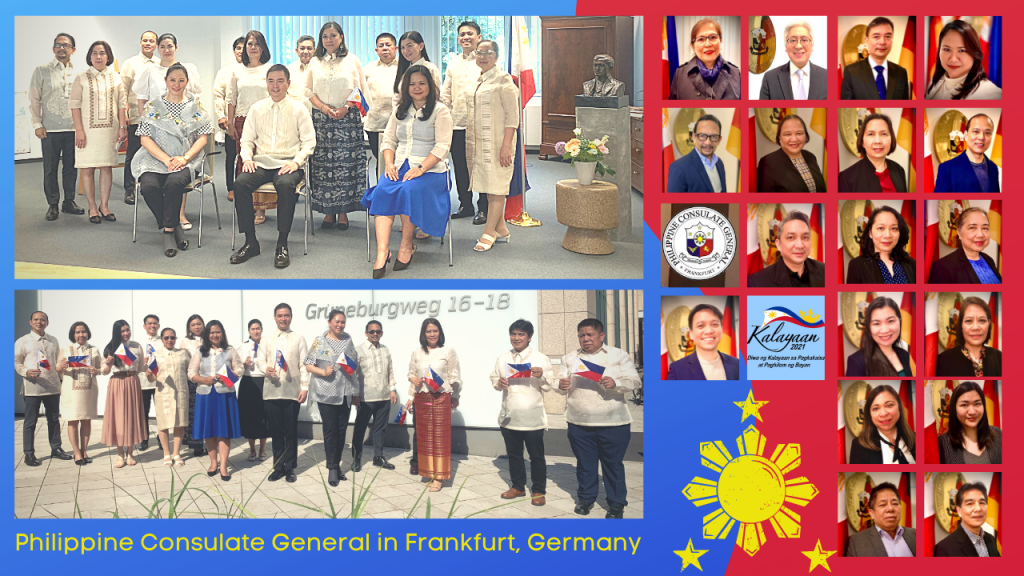