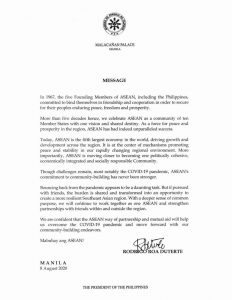 Get ready to wake up to some of the best rides of your life! Start dreaming of white water rafting, mountain climbing, and diving now and plan your next adventure in Northern Mindanao (Bukidnon, Camiguin, Lanao Del Norte, Misamis Occidental, Misamis Oriental)!

PRESS RELEASE
Legarda Joins the Filipino Muslim Community in celebration of Eidul Adha
Deputy Speaker and Representative of the Lone of District of Antique expressed solidarity with Filipino Muslims as she encouraged everyone, regardless of religion or belief, to share in the celebration of the Muslim Feast of Sacrifice or the Eidul Adha.
“I wish to convey my heartfelt greetings to our Muslim brothers and sisters on the occasion of this year’s Eidul Adha. As the whole nation commemorates this significant celebration of the Muslim community, I enjoin non-Muslim Filipinos to take time and reflect on the virtues that this feast signifies so that we can develop better understanding of the Islamic Faith and foster harmony and respect among Filipinos regardless of religious and spiritual beliefs,” Legarda said.
Legarda authored Republic Act No. 9849, which decrees that the tenth day of Zhul Hijja, the twelfth month of the Islamic calendar shall be a national holiday for the observance of Eidul Adha. The Eidul Adha signifies the end of the Islamic Pilgrimage to Mecca wherein Muslims pay homage to the Prophet Ibrahim’s supreme act of sacrifice.
“May this meaningful day continue to guide our Muslim brethren in strengthening their spiritual dedication and faith especially during this difficult times,” Legarda concluded.# 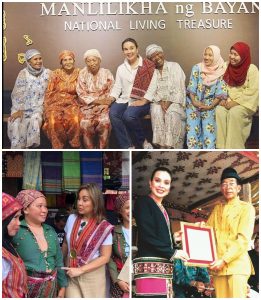 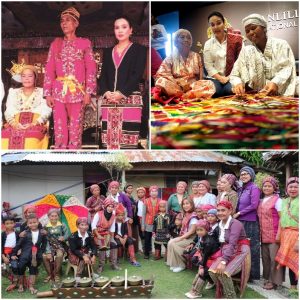 In celebration of “Linggo ng Musikang Pilipino” we invite to watch the Dayaw episode, “Mito, Kwento, Musika – The Indigenuous Imagination”.
The video features two UNESCO Masterpieces of the Oral and Intangible Heritage of Humanity—the hudhud chants of the Ifugao and the Darangen of the Meranaw. The episode also pays homage to the skills and artistic excellence of three Gawad sa Manlilikhang Bayan awardees who have passed on: Samaon Sulaiman, a kudyapi master; Ma¬sino Intaray, a Pala-wan chanter; and Ginaw Bilog, a poet and master of the Hanunuo Mangyan syllabary.
PRESS RELEASE
Flagship Quincentennial Projects Discussed on the Second Episode of Road to 500
For the second Episode of Road to 500, with the theme “Flagship Projects”, House Deputy Speaker and Antique Lone District Representative Loren Legarda, together with NHCP Chair Rene Escalante and Professor Xiao Chua will feature and discuss the government’s efforts for the upcoming 500th anniversary of the Victory at Mactan and related events in 2021 and how these endeavors have been affected by the COVID-19 pandemic.
The second episode will air tomorrow, July 21, 2020, 10:00 AM via Facebook Live at facebook.com/conglorenlegarda and will be shared on the Official Facebook pages of the National Historical Commission of the Philippines, National Museum of the Philippines, Department of Education, National Commission for Culture and the Arts, and the Department of Foreign Affairs.
Upcoming episodes will also feature the different aspects of the country’s preparation for the quincentennial.
In 2021, the country will commemorate the 500th anniversary of the Victory at Mactan, the Philippine participation in the first circumnavigation of the planet, and other related events, collectively known as the 2021 Quincentennial Commemorations in the Philippines.
Road to 500 is organized by the Office of Deputy Speaker Legarda, in partnership with the National Quincentennial Committee Secretariat, National Historical Commission of the Philippines, the Department of Education, the National Commission for Culture and the Arts, the National Museum, and the Department of Foreign Affairs.
Wake up to the sounds of nature. Let CALABARZON – Cavite, Laguna, Batangas, Rizal, and Quezon take you on a spiritual journey with its calming atmosphere.
While waiting for the chance to do this, plan your trip at
https://philippines.travel/wheretogo#…
#WakeUpInPH
#TogetherInTravel
#TravelFromHome
#TravelTomorrow
*This video was shot and produced prior to the COVID-19 pandemic.
Once in a while, we catch ourselves dreaming of paradise. Known for its culture and biodiversity, it’s time to put #MIMAROPA – Mindoro, Marinduque, Romblon, and Palawan on your list as we enter the 2nd half of 2020. Here, you can bring different varieties of fish, fruit, and sweets back home for your family to enjoy.
Since we can’t do this now, make sure to plan your next trip here: https://philippines.travel/wheretogo#…
#WakeUpInPH
#TogetherInTravel
#TravelFromHome
#TravelTomorrow
*This video was shot and produced prior to the COVID-19 pandemic.
WATCH: We invite you to an online lecture by Prof. Stephanie Mari Coo which is organized by ICOMOS, Intramuros Administration and Universidad de Granada:
Title: Clothing and Spaces
Date: 11 July 2020, Saturday
Time: 3 pm Philippine Time; 9 am Spain Time
To tune in to Facebook Live streaming (not recorded):
https://m.facebook.com/icomosph/?tsid=0.38601747351997173&source=result 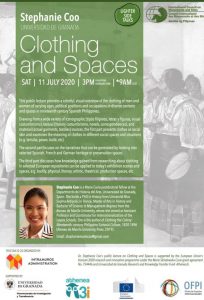 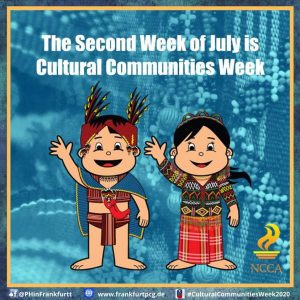