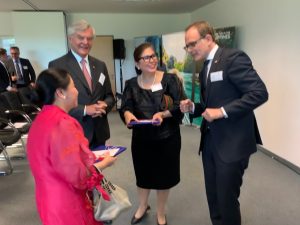 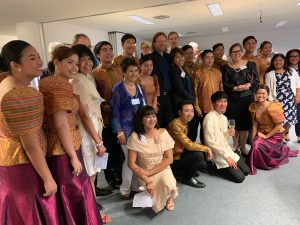 Consul General Austria-Garcia (in black dress) is shown with members of Imusicapella and their host families. The church-based choir from Cavite performed a medley of English and Philippine songs during the reception, and is currently on a multi-city European tour.