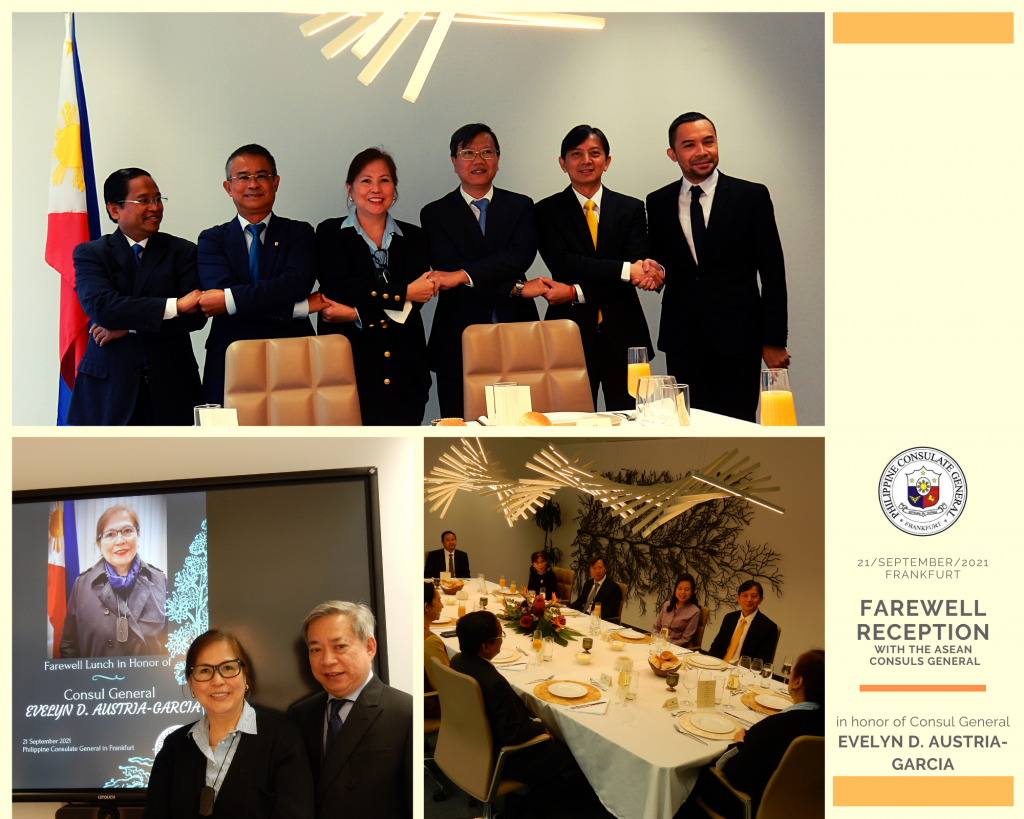 22 September 2021- Consul General Evelyn D. Austria-Garcia, who will end her tour of duty next month, hosted several receptions where she highlighted stronger Philippine presence in Southern Germany since she led the re-opening of the Philippine Consulate General in Frankfurt  in September 2018.

Among the several farewell receptions she hosted were for the Women and ASEAN Consuls General and Heads of Southeast Asian Consulates in Frankfurt last 15 and 21 September 2021, respectively.

Consul General -Garcia expressed appreciation to the women Consuls General of France, Ireland, Greece, Mexico, Morocco, Georgia, and Sri Lanka, who provided support to several of Consulate’s projects and activities, including cultural and gender and development events. She also took the opportunity to introduce them to officers of the International Women’s Club Frankfurt, who were also present during the event, for possible collaboration in the future.

During the reception with the ASEAN Consuls General, the Consul General urged them to establish prominent presence in Southern Germany through joint activities to promote the region’s economic and cultural interests. The Consuls General of Indonesia, Malaysia, Thailand and Vietnam as well as the Honorary Consul of Cambodia expressed their support to the proposal and pledged to intensify cooperation in the coming year.

Farewell dinners were also organized in Stuttgart (13 August), Bonn (27 August), Munich (10 September), and Frankfurt (19 September) for selected members of the Filipino community. During these events, she  apprised those in attendance of the Consulate’s accomplishments since its re-opening in 2018 and thanked them for their vital collaboration. The events in Stuttgart, Bonn and Munich coincided with Post’s consular outreach missions in the area, while the event in Frankfurt was held following the regular Sunday Mass at the St. Ignatius Church and  in coordination with the Filipino Catholic Community of Bistum Limburg. END 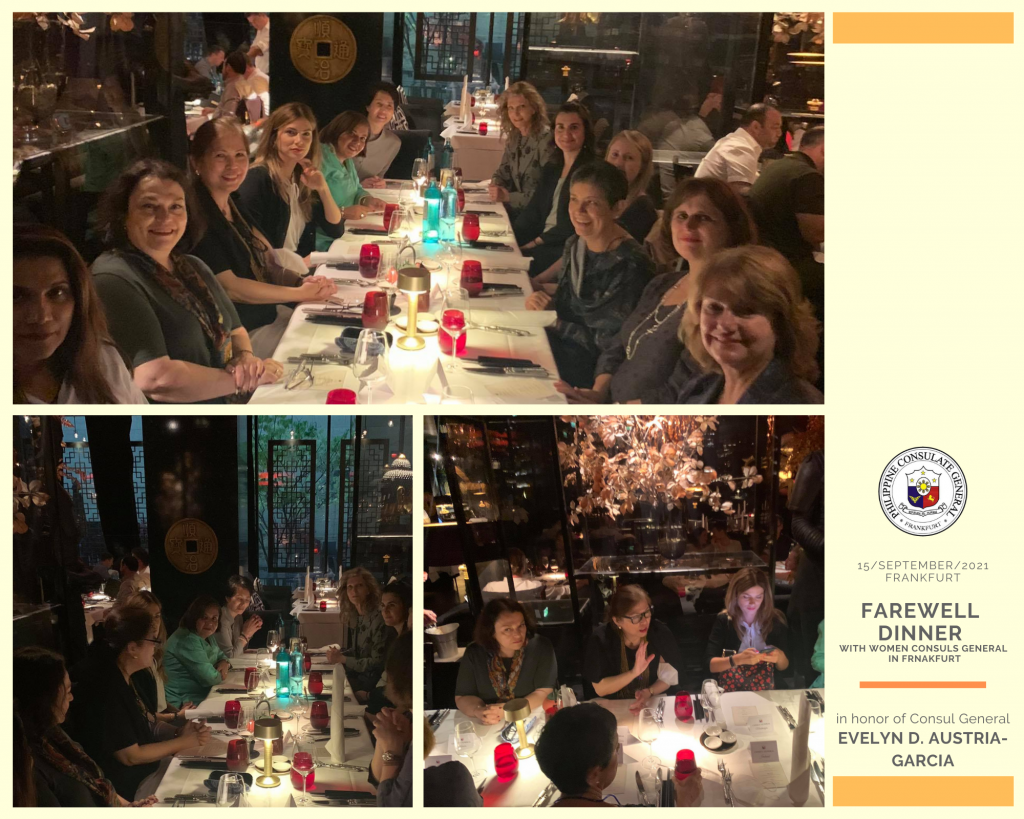 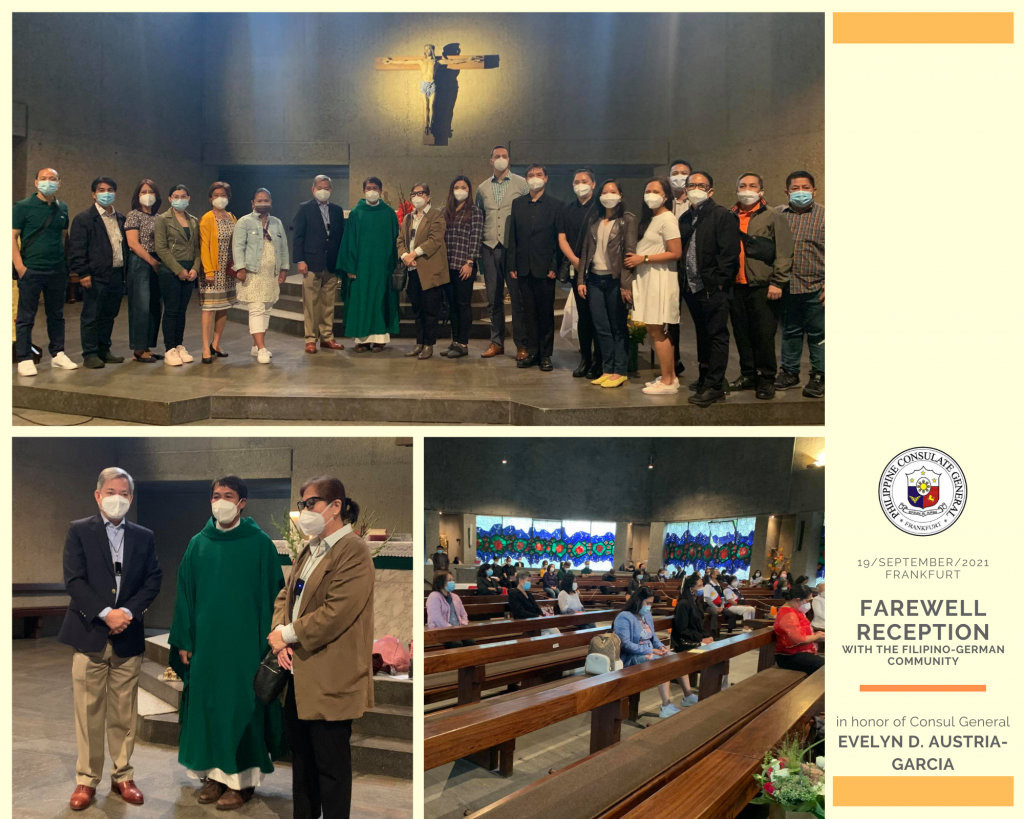 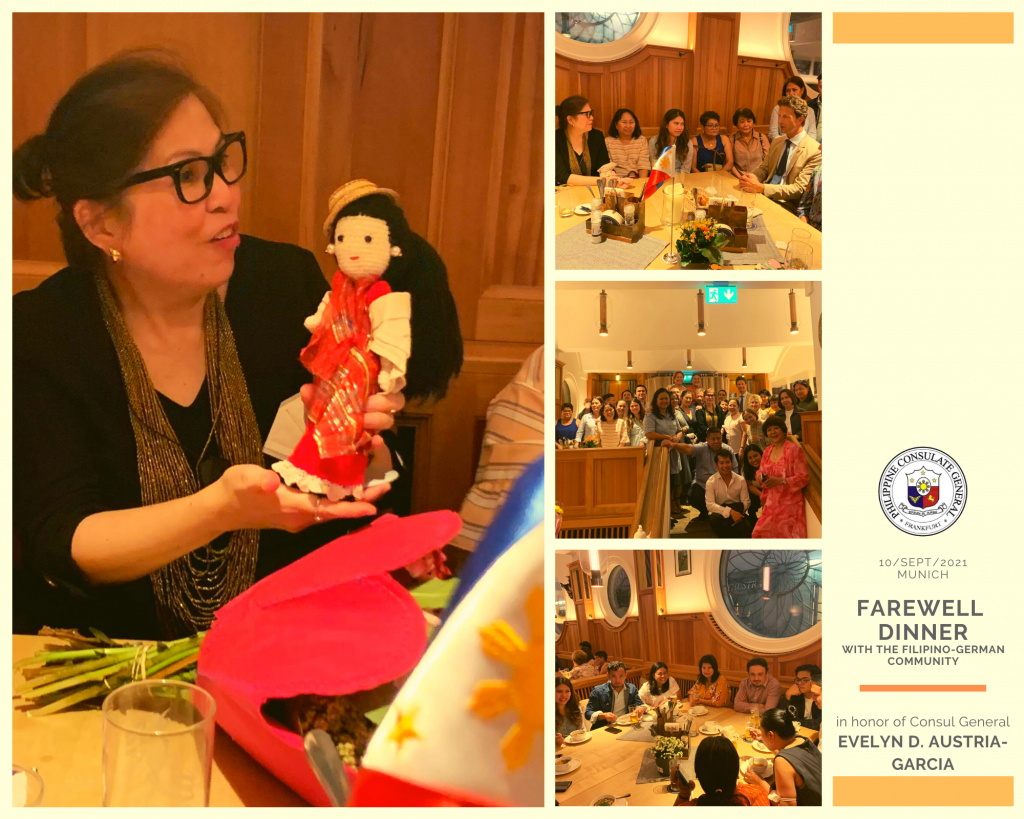 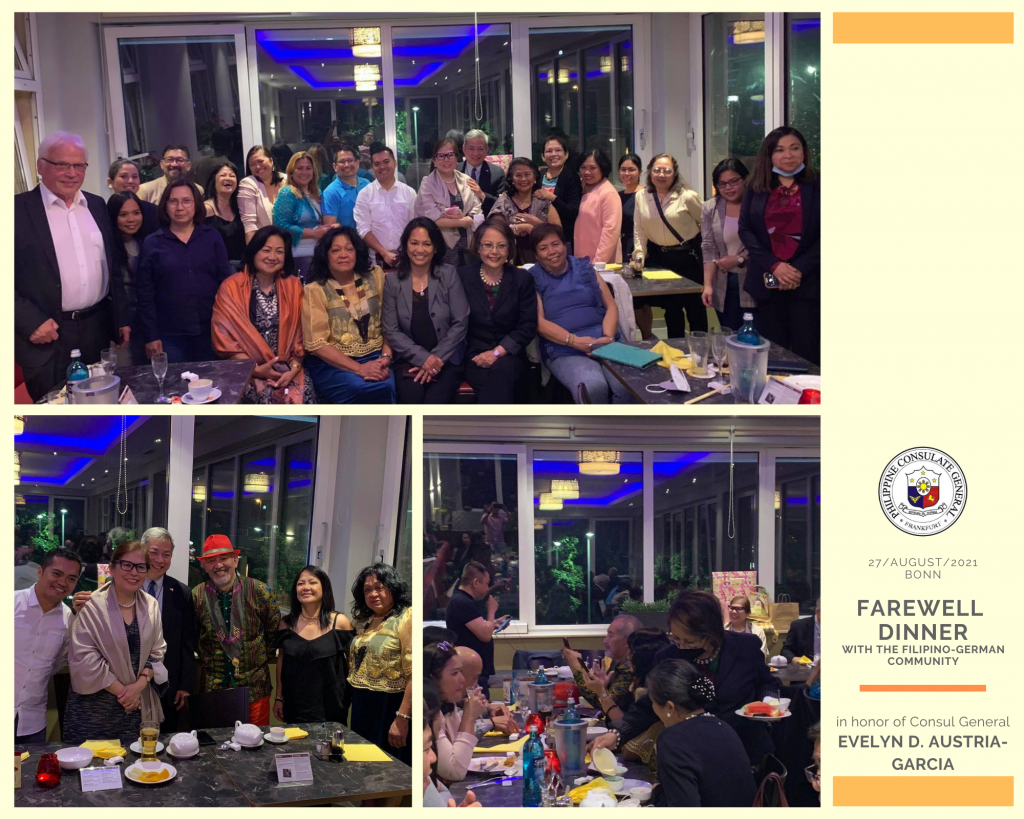 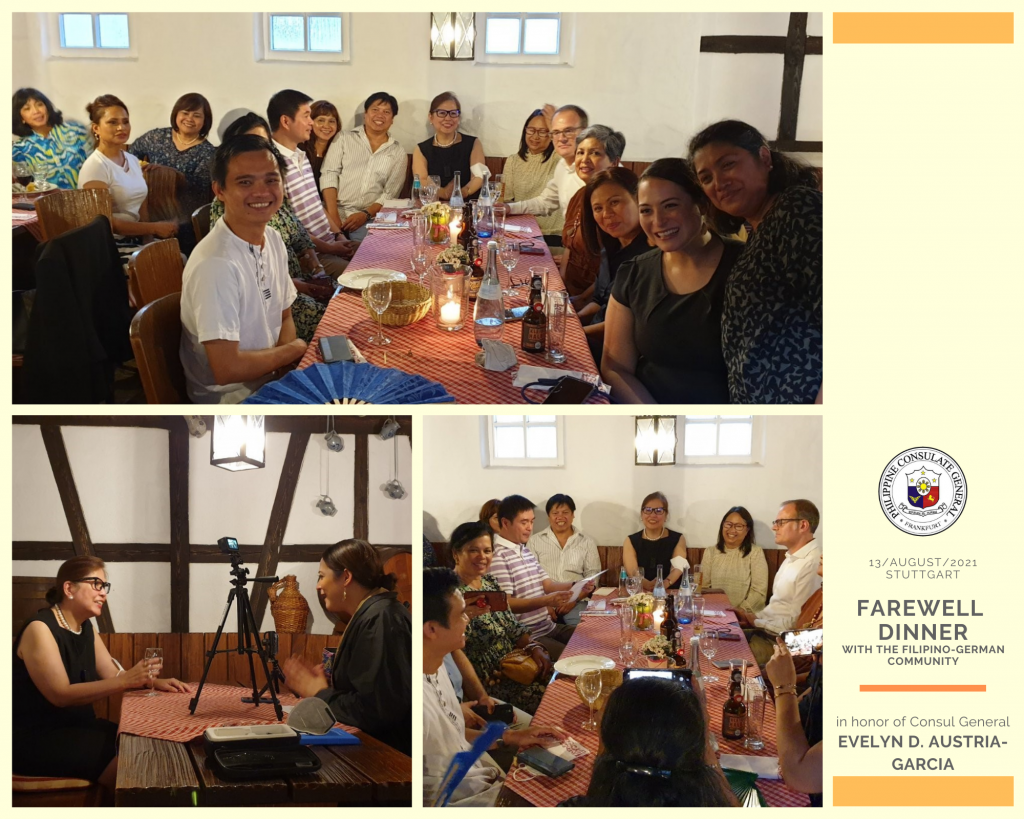