20 January – At the invitation of Father Rodel Liguid of the Archdiocese of Cologne, personnel of the Philippine Consulate General in Frankfurt joined the annual celebration of the feast of the Santo Niño in Sank Agustin, North Rhine-Westphalia. Consul Rogelio Villanueva Jr. led the Consulate team composed of Lolita Balansag, Violeta Bautista, Susanie Gonzales, and Rene Mangune, POLO Assistant.

In his remarks during the program, Consul Villanueva highlighted the Filipino people’s strong devotion to the Santo Niño as expressed in various forms such as the renowned Sinulog in Cebu, Ati-Atihan in Aklan and Dinagyang in Iloilo. He added that Filipino communities around the world also hold their respective celebrations of the Feast of the Santo Niño. 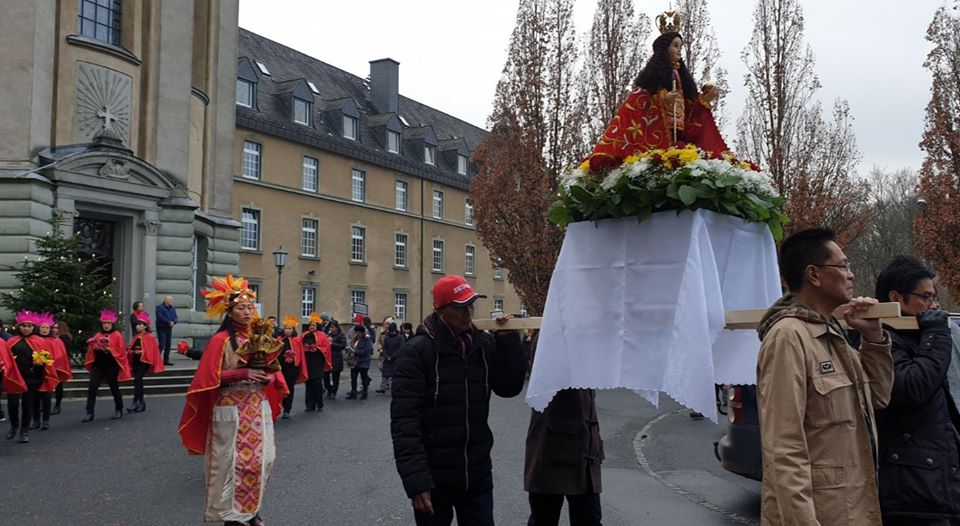 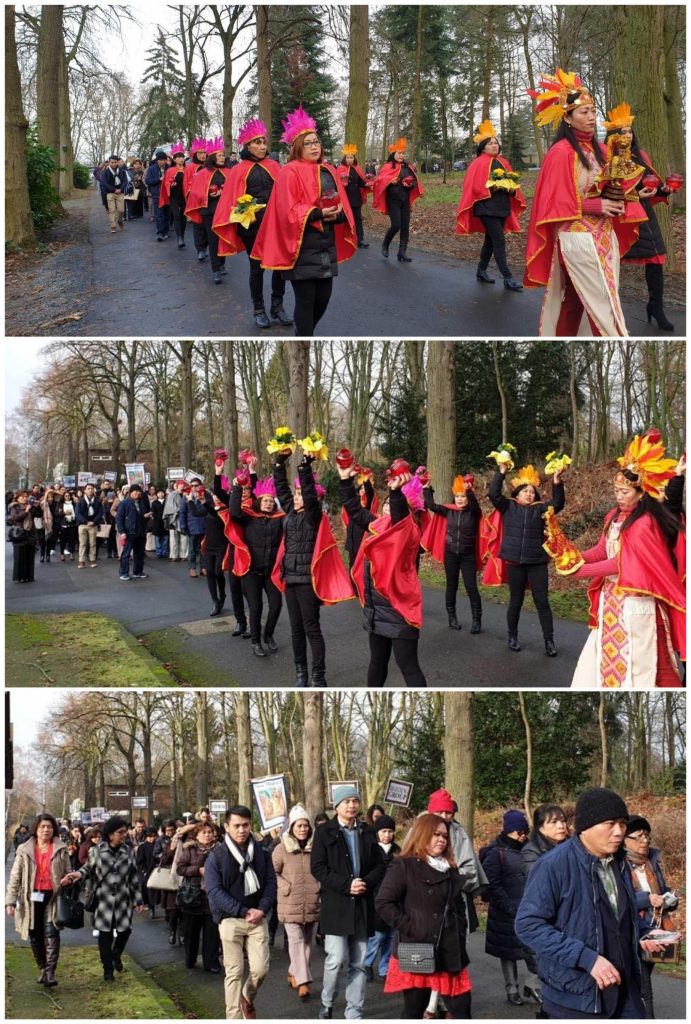 The Filipino tradition of paying homage to the Child Jesus traces its roots in Cebu when Portuguese explorer Ferdinand Magellan presented an image of the Santo Niño to Rajah Humabon. Every year during the month January, the feast of the Santo Niño is celebrated by Filipino Catholic communities across Germany. Father Liguid asked the participants of this year’s celebration to pray for the victims of the Taal Volcano eruption.

There are an estimated 4,200 Filipinos living in North Rhine-Westphalia. – END