October 2020 – The National Book Development Board (NBDB) held its “Frankfurter Buchmesse- All Together Now Culminating Event at the Philippine Exhibit” last 17 October, where, among other speakers, Consul General Evelyn D. Austria-Garcia delivered a message. Also participating was Vice Consul Fatima Mejilla C. Mueller, who represented the Philippine Consulate General in Frankfurt during the live discussion via Zoom and streamed live on NBDB and Consulate’s Facebook pages.
The Consul General congratulated NBDB and reiterated Consulate’s support in promoting and seeking new markets globally for the work of Filipino authors and Philippine publishers. She also conveyed the Consulate’s commitment to assist the Philippine delegation in the FBF as well as appreciation to Deputy Speaker Loren Legarda, who also took part in the online activity, for her patronage of the country’s arts and culture through important global events such as the Book Fair.
NBDB Chair Dante Ang delivered the welcome remarks and apprised viewers of the Board’s efforts and achievements in support of the Philippine publishing industry. He expressed optimism as well that with the switch to e-books and e-commerce, the local publishing industry will increase its sales and continue to grow.
In her remarks, Deputy Speaker Legarda, a staunched advocate of the Philippine participation in the FBF, expressed her continued support to the Philippine publishing industry through “additional funding or in her personal capacity so wider global markets may be reached.” She also reiterated the Philippines’ aspiration to obtain the Country Guest of Honor status in the Fair in the next few years. For his part, Congressman Christopher de Venecia, a convenor of the Arts and Culture and Creative Industries Bloc of the 18th Congress, underscored “the role of books in creativity, technology, trade, education and culture,” and encouraged the local publishing industry “to write and publish the story of the Filipino creative industries.”
Meanwhile, Ambassador Ma. Theresa de Vega recalled last year’s different sessions hosted by the Philippine delegation. She also highlighted developments in the publishing sector among ASEAN countries and expressed satisfaction on “the innovative output from the various sectors of the Philippine publishing industry, including children’s books” this year. The Ambassador hopes that “an even greater number of individuals and publishing companies will be present in the coming editions of the FBF as the Philippines continues to work to become a country of focus in the future.”
During the book launching part of the program, NBDB presented three publishers from different book genres. Mr. Paolo Herras of Komiket spoke of local comics and the expansion of the art market expansion with growing readership in order to sustain the comic art industry. He also presented the finalists for the Call for Entries for Graphic Novels for the Komiket Award for the Philippine International Comics Festival next year. Another guest publisher, Ms. Montenejo presented four titles in the Adarna House’s Batang Katutubo Series, which featured children from the different indigenous groups in the Philippines. These picture books were Gustong Mag-aral ni Sula, Ang Paaralan ni Fuwan, Bahay ng Marami’t Masasayang Tinig and Si Laleng at ang Lakbay Paaralan. Lastly, ABC EDC Publishing House presented renowned children’s book author Ms. Mary Ann Ordinario’s latest work entitled, Home is Where the Heart Lives, a story about making right choices in responding to unfortunate situations and uncertainties.
To complement the NBDB’s efforts in promoting the local publishing industry, the Consulate launched on its social media pages seven children’s e-books/videos which aim to help children understand and come to terms with COVID-19. The e-books address topics, such as how children can protect themselves, their families and friends from coronavirus infection and how to manage difficult emotions when confronted with a new and rapidly changing reality. These e-books are published online by Department Human and Family Development Studies (DHFDS) of the College of Human Ecology (CHE) and recommended by the National Commission for Culture and the Arts. END 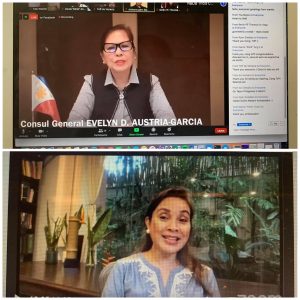 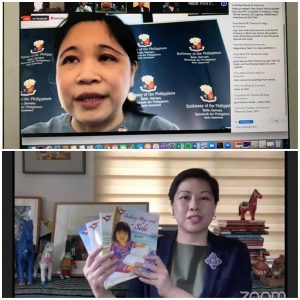 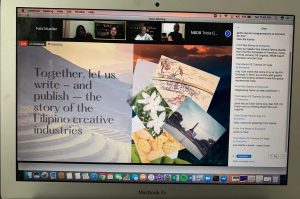