17 December 2019 – In celebration of the Christmas season, the Philippine Consulate General in Frankfurt sponsored the first of the nine nights of the “Simbang Gabi” on 16 December 2019 at St. Ignatius Church and hosted a simple reception for the members of the Filipino-German community.

The Filipino Catholic Community of St. Ignatius Church holds the 9-day Christmas dawn masses annually. This year’s Simbang Gabi is being celebrated by Fr. Mario Estrella of the Archdiocese of Bistum Limburg.
After the Mass, Consul General Evelyn D. Austria-Garcia explained the cultural significance of the Simbang Gabi. She also expressed appreciation to the members of the Filipino community for their support to the Consulate’s activities this year and expressed hope that they will continue to work closely with the Consulate in the coming year.

Meanwhile, in commemoration of the 123rd anniversary of the martyrdom of Dr. Jose Rizal with the theme, “Jose Rizal: Huwaran ng Pilipino sa Ikadalawampu’t Isang Siglo,” Consul General Austria-Garcia also took the opportunity to encourage the Filipino-German church-goers to revisit the life and work of Dr. Jose Rizal through the art exhibition of our national hero currently running at the Consulate. She also expressed hope that the exhibit would arouse reflection on Rizal and allow people to pay him tribute. She invited the public to visit the exhibition which opened last 9 December 2019.

The Simbang Gabi event was attended by some 100 Filipino-German community members as well as other Frankfurt-based expatriates. It was capped with a reception featuring Filipino delicacies. END 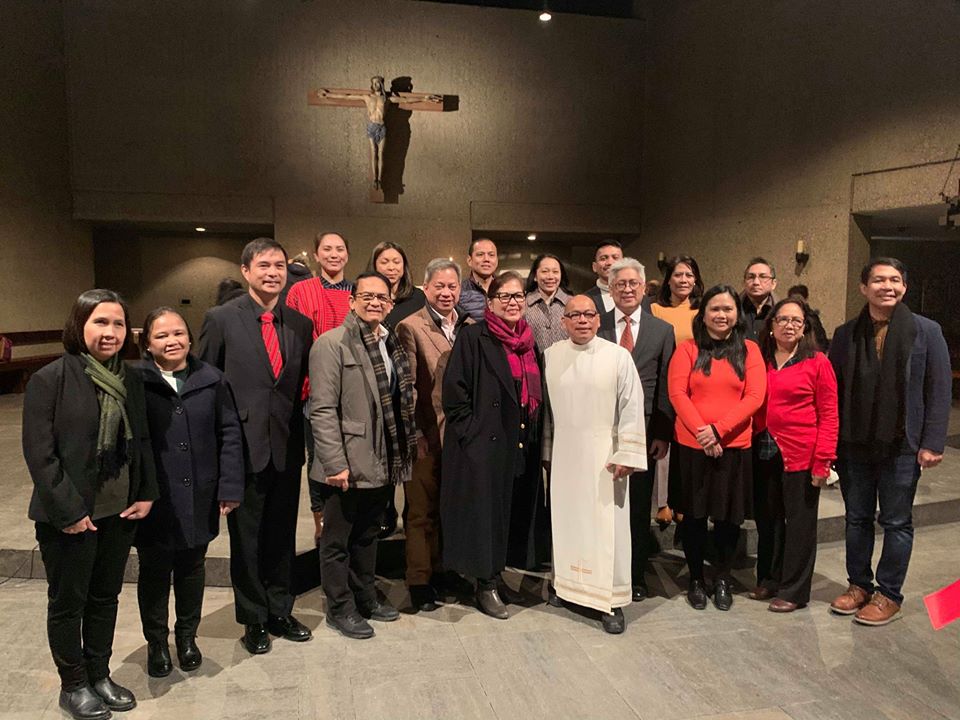 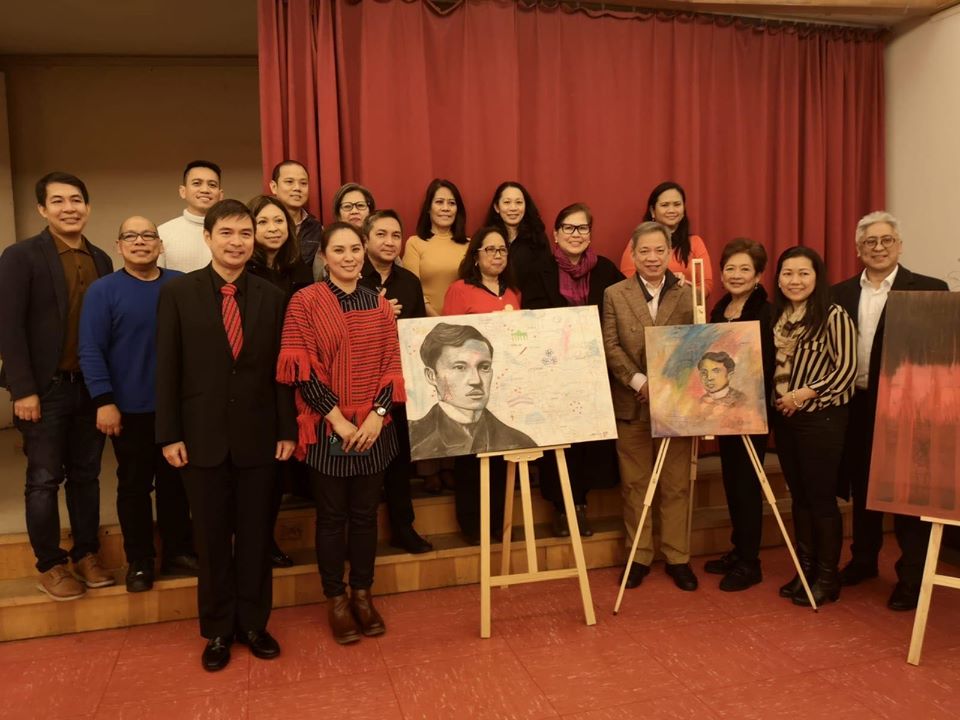 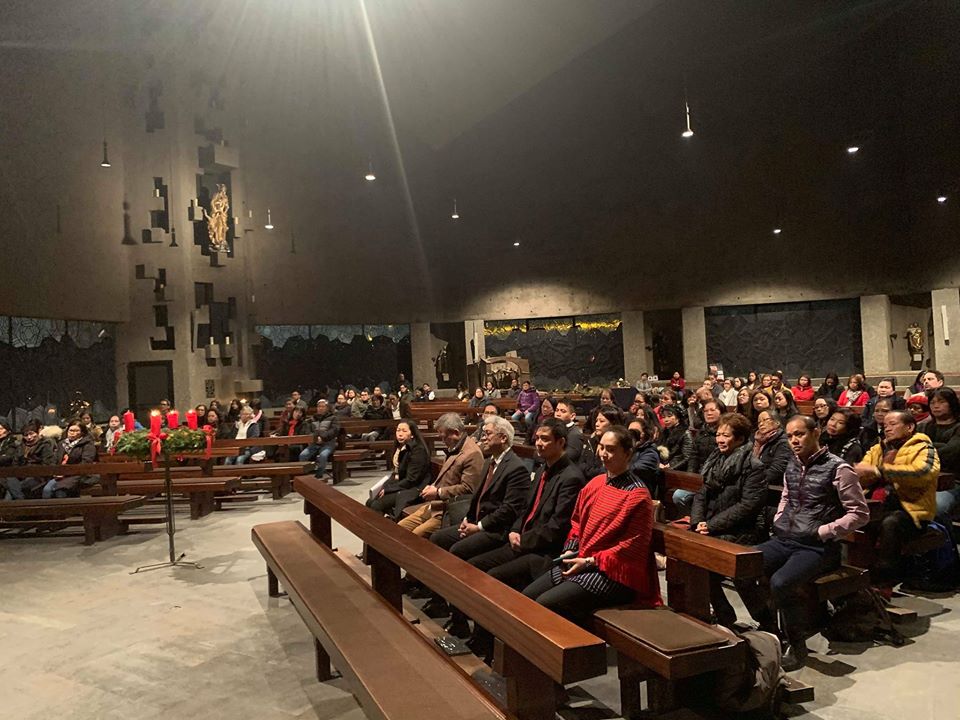