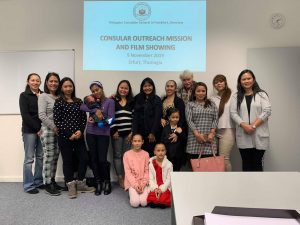 To coincide with the consular mission, and as part of the centennial celebration of Philippine cinema as well Post’s gender and development activities (GAD), Post conducted a free screening of the documentary film, “Ang Babae sa Likod ng Mambabatok.” During the brief program, Vice Consul Mueller encouraged the Filipino-German audience to partner with the Consulate in  promoting Philippine culture in this part of Germany. The film screening, which focused on the life of legendary tattoo artist Apo Whang Od,  was warmly welcomed by the Filipino-German audience.

The Consulate also took the opportunity to organize a salu-salo in cooperation with members of the Filipino community in Thuringia, who contributed Filipino food such as pancit, adobo, and kakanin during the event.

Thuringia, which is about 3 hours away from Frankfurt, is located in central Germany. It is the sixth smallest German state by area and the fifth smallest by population. There are about 150 Filipinos in Thuringia, most of whom are married to German nationals, while others work in hotels, logistics and other companies. END 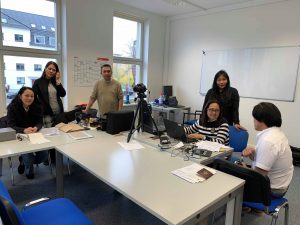 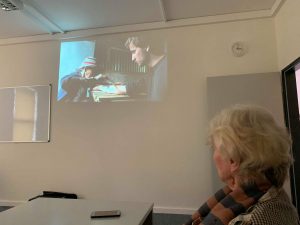