26 November 2019 – The Philippine Consulate General in Frankfurt hosted an afternoon tea with the women Consuls General in Frankfurt in order to promote closer ties as well as start its engagement with the International Women’s Club (IWC). The event coincided with the launching of the Consulate’s 18-Day Campaign to End Violence Against Women, which started on 25 November.

In her remarks, IWC President Roseann Padula, who is a lawyer by profession, noted that more than 500 women from 50 nations in Frankfurt have cultivated friendships and engaged socially in the IWC for over 70 years. Ms. Padula underscored that the organization hosts  talks/discussions on a variety of topics such as animal and human health connections, bridges in films, urban development, language and culture, among others. She added that she looks forward to collaborating with the Consulates General in Frankfurt on common interests. 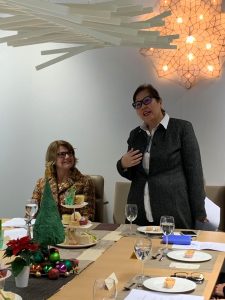 The Consul General took the opportunity to talk about the Philippines’ 18-day Campaign to End  Violence Against Women (VAW). A video on Philippine efforts to address VAW was presented at the event, which impressed the guests. A meaningful exchange followed on Philippine initiatives to end VAW. 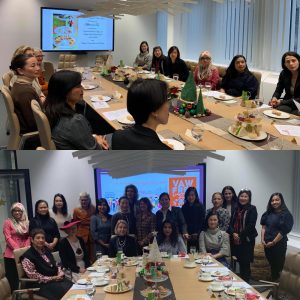 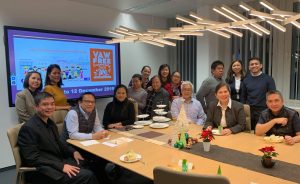 Prior to the event, the Consul General served as the guest of honor during the monthly gathering of the IWC on 13 November 2019 at the Hotel Intercontinental.

The Consulate General intends to take active part in IWC activities and to hold a cultural event in cooperation with IWC in line with its cultural diplomacy efforts and gender and development activities next year. END