9 December 2019 – In commemoration of the 123rd anniversary of the martyrdom of Dr. Jose Rizal, the Philippine Consulate General in Frankfurt today opened an art exhibition entitled “Rizal, the Hero of the Filipino People,” at the Consulate’s Sentro Rizal area. The art exhibit features a total of 24 Rizal artworks by renowned Filipino artists Rene Robles, Ronna Manansala and Robert Lavides.

Consul General Evelyn D. Austria-Garcia led the ribbon-cutting ceremony to mark the opening of the exhibition which will run until 31 January 2020. She was joined by the exhibit’s curator, Mr. Klaus Hartung, Consultant of Transwing Art Gallery.

In her remarks, Consul General Austria-Garcia encouraged the Filipino-German audience to take the opportunity to revisit the life and work of the national hero through the artworks of the three featured artists. She expressed hope that the exhibit will arouse reflection on Rizal and allow the people to pay tribute to the national hero. “I hope that the pieces of art on display could stimulate thoughtful conversation and understanding of our national hero and provoke us to put Rizal’s ideals into action,” Consul General Austria-Garcia said. She thanked Mr. Hartung for raising the consciousness of the German public to the ‘genius’ that was Rizal.

Rene Robles is an internationally acclaimed artist and a recipient of various awards and distinction both in the Philippines and abroad. He is credited as the founder of “assertionism”, an art movement asserting the power of art to transform and transcend. His works have found their way into the collections of His Majesty King Juan Carlos of Spain, King Khalid of Saudi Arabia, and former US President Bill Clinton, among others.

‘Artivist’ Roberto Lavidez, on the other hand, is a narrative painter who candidly tackles socio-political issues ranging from oppressiveness of colonialism to the continuing complicity of corrupted institutions and injustices. Lavidez teaches art to reflect history and writes poetry as well.
Meanwhile, Ronna Manansala is the granddaughter of the Philippines’ national artist in visual arts, Vicente Manansala. Initially, Ronna’s art paid homage by interpreting his grandfather’s style that departed from rural idylls of Fernando Amorsolo. Ronna chose female themes of mother and child, Virgin Mary, gossiping women and stayed close to her famous grandfather’s style that departed from analytical cubism or the intentional breaking down of subject into near abstract form. As she moves to new styles, she has opted to use bold colors and sure brushstrokes in the broader concept of cubism that is unmistakably her own.

The Rizal artwork of the featured artists are part of the collection of Transwing Art Gallery. The gallery has a collection of Filipino visual art, which includes old and contemporary masters as well as promising artists, especially those who are self-taught. The Gallery has been present in the Philippines since 1995 through Transwing Consulting Company, managed by its president, Mr. Klaus Hartung.
The artworks complemented the existing rare Rizaliana furniture items currently on exhibit at the Consulate’s exhibition area which include a mirror and table, cabinet, cupboard, dresser and bed. It is believed that Rizal finished his novel “Noli Me Tangere“ using the table that is displayed. The Consulate presented its video production entitled, “Rizal and His German Connections” during the event. The video features Rizal’s life and times in Heidelberg and Wilhelmsfeld in the spring of 1886.

The event was attended by art patrons, German Rizalistas and the Filipino-German community members, as well as other Frankfurt-based expatriates. It was capped with a reception featuring Filipino delicacies and Rizal wine. END 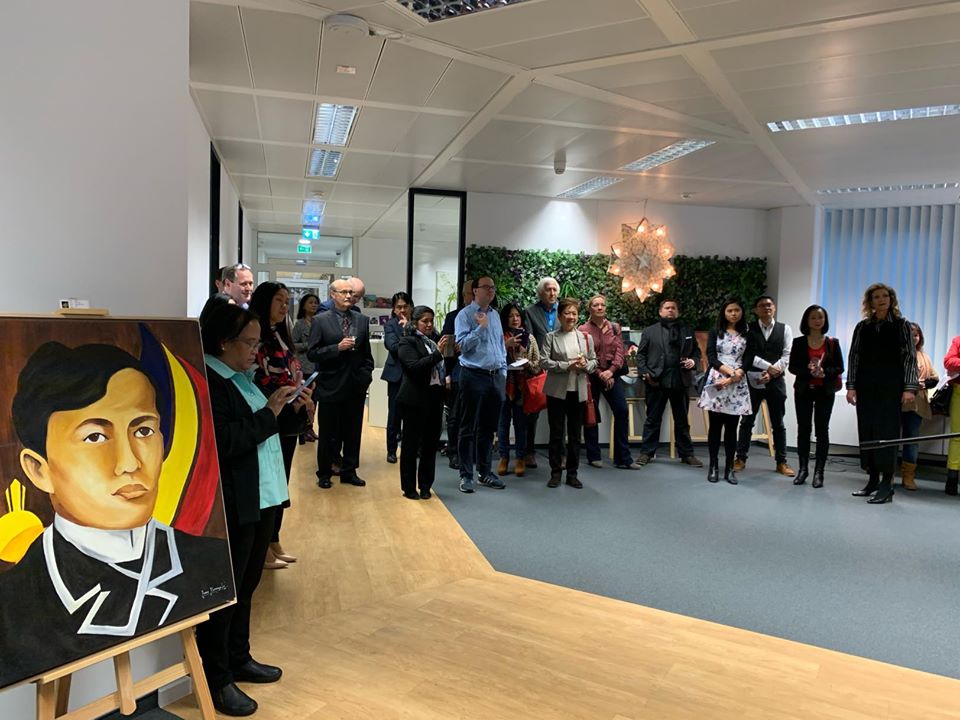 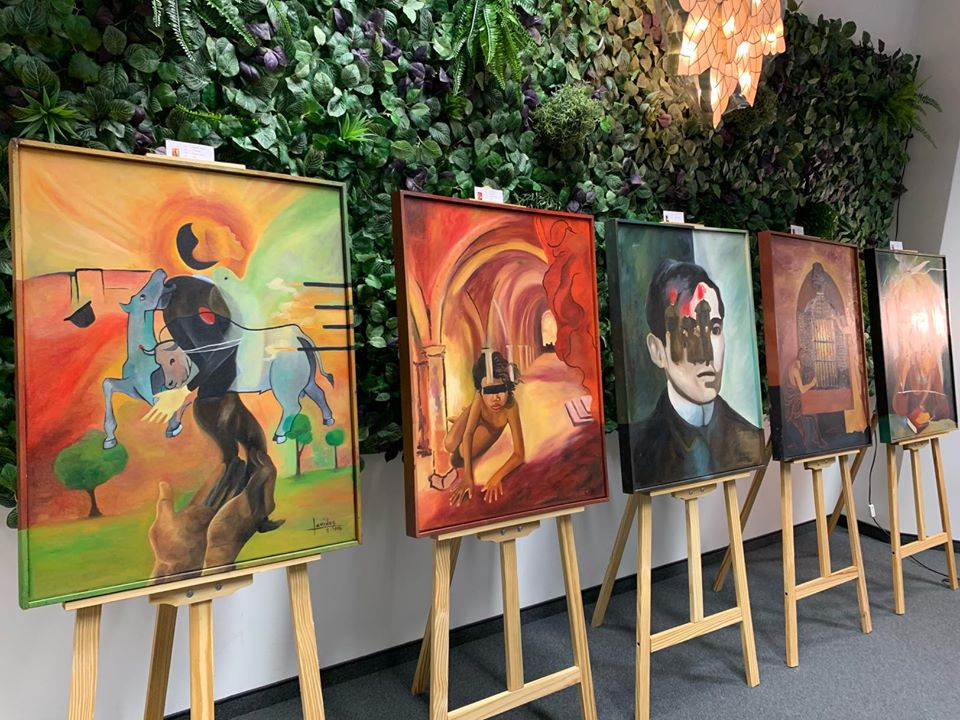