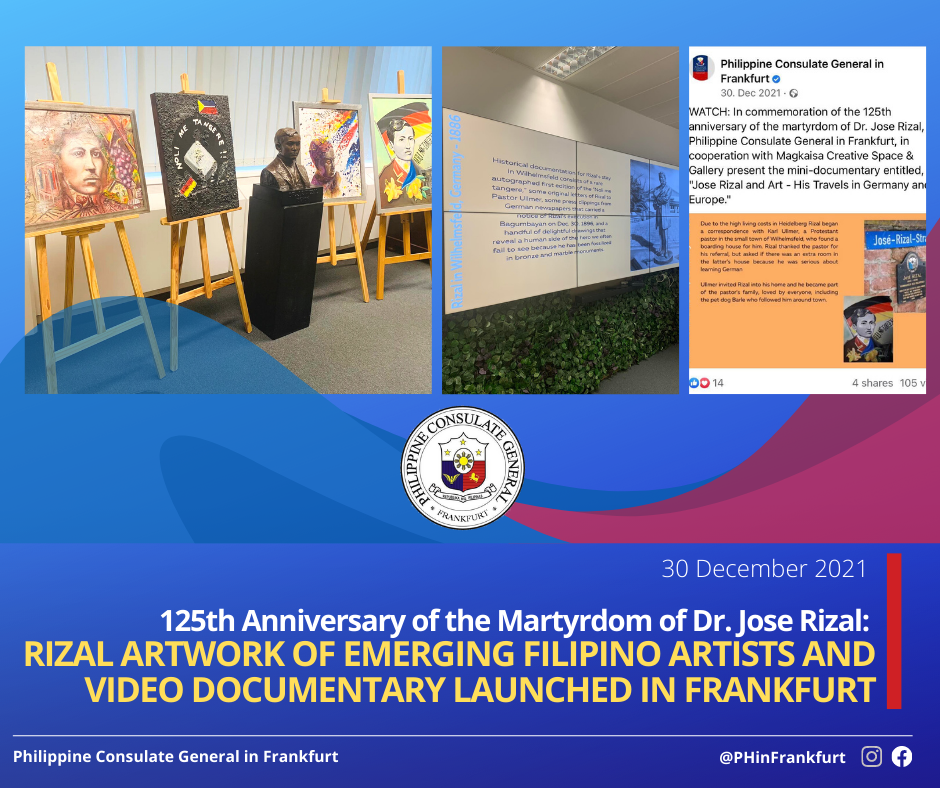 In commemoration of the 125th Anniversary of the Martyrdom of Dr. Jose Rizal, the Philippine Consulate General in Frankfurt launched an art exhibition and mini-documentary video entitled “Jose Rizal and Art – His Travels in Germany and Europe” on 30 December 2021 at the Consulate’s exhibition area and Facebook page, respectively.
The activities, which were undertaken in cooperation with Magkaisa Creative Space, a Philippine and Germany-based art gallery, aimed to encourage the Filipino-German audience to take the opportunity to revisit the life and work of Rizal through the artwork of emerging Filipino artists of Magkaisa Creative Space and raise awareness of Rizal’s stint in Germany and some European countries. The Rizal artwork featured in the art exhibition and video documentary were the following: (1) “Touch Me Not” by Sarah Tario; (2) “Rizal and Wine” by Kristian Karlo Gonzales; (3) “Unforgettable Heroes” by Jhonrill Cudillo; and (3) “Rizal” by Luke Joshua Estrana. END